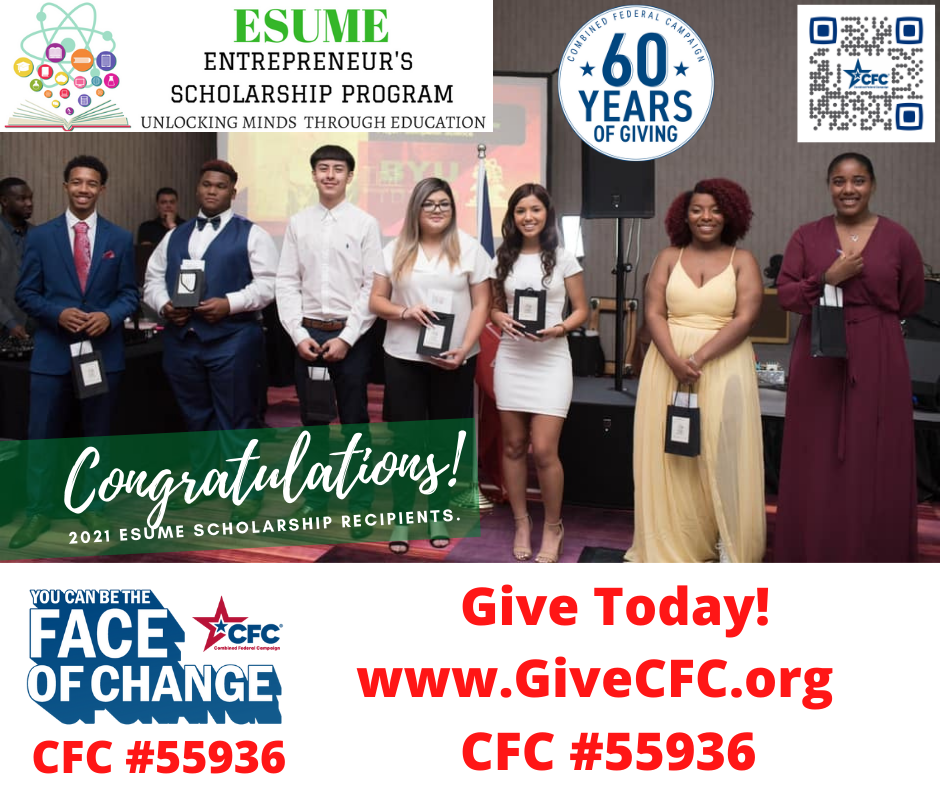 WELCOME TO THE 2021 COMBINED FEDERAL CAMPAIGN. Overseen by the Office of Personnel Management (OPM), the Combined Federal Campaign is the official workplace giving campaign for federal employees and retirees. This year, the CFC celebrates its 60th anniversary. Since its inception, the CFC has raised more than $8.5 billion for charities and people in need. As we recover from the challenges of the past year and meet the new challenges of 2021 and beyond, CFC pledges make a real and meaningful difference to a countless number of individuals throughout our communities, our nation, and the world. Some people might say it takes an extraordinary person to care enough to give, but it’s more common than you think, and it’s easy! Anyone can be a changemaker through the CFC. Read/watch messages of support from leaders across the federal government.

You Can Be The Face Of Change, click here to donate.